The Toyota JZ engine family is a series of inline-6 automobile engines. A replacement for the M-series inline-6 engines, the JZ engines were 24-valve DOHC engines. The JZ engine was offered in 2.5- and 3.0-litre versions.
The 2JZ is an inline-layout, six-cylinder and originally powered the Toyota Aristo V (JZS147) in 1991 before becoming Toyota’s flagship performance engine in the Toyota Supra RZ (JZA80).

Made exact in scale 1/10 for the real image of your bodyshells.
Side Surface Structure fixing to fenders , provides an excellent and secure fit – so that you can be sure that your engine will always be in place.
Resized in length – to assure installation in most bodyshells.

Engine bay is equipped with strut bar and oil cooler ! !
With Overspray flim !
Clear polycarbonate requires cut and painting.
Paint is an example. 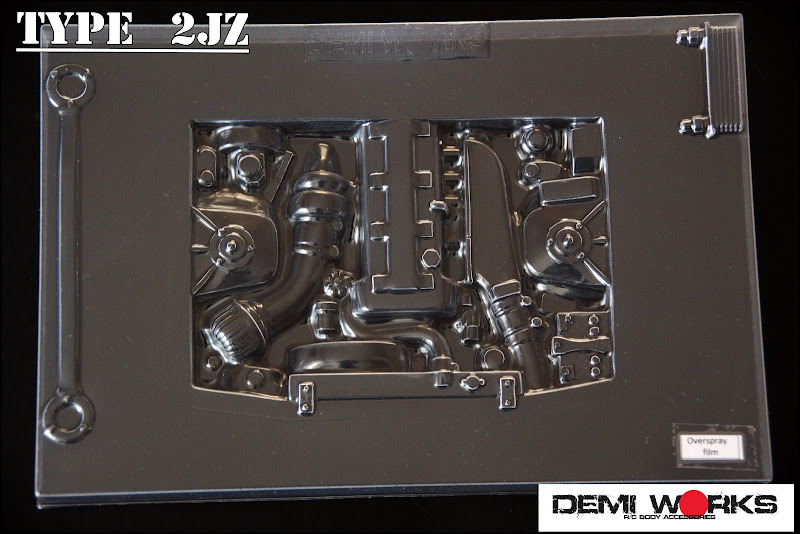 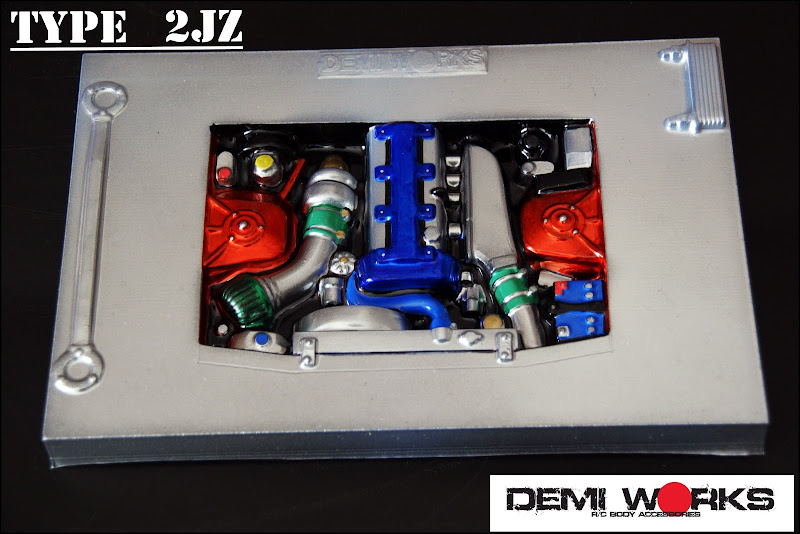 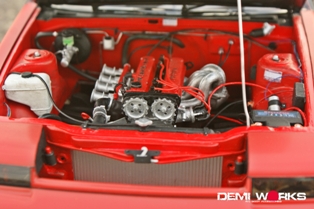